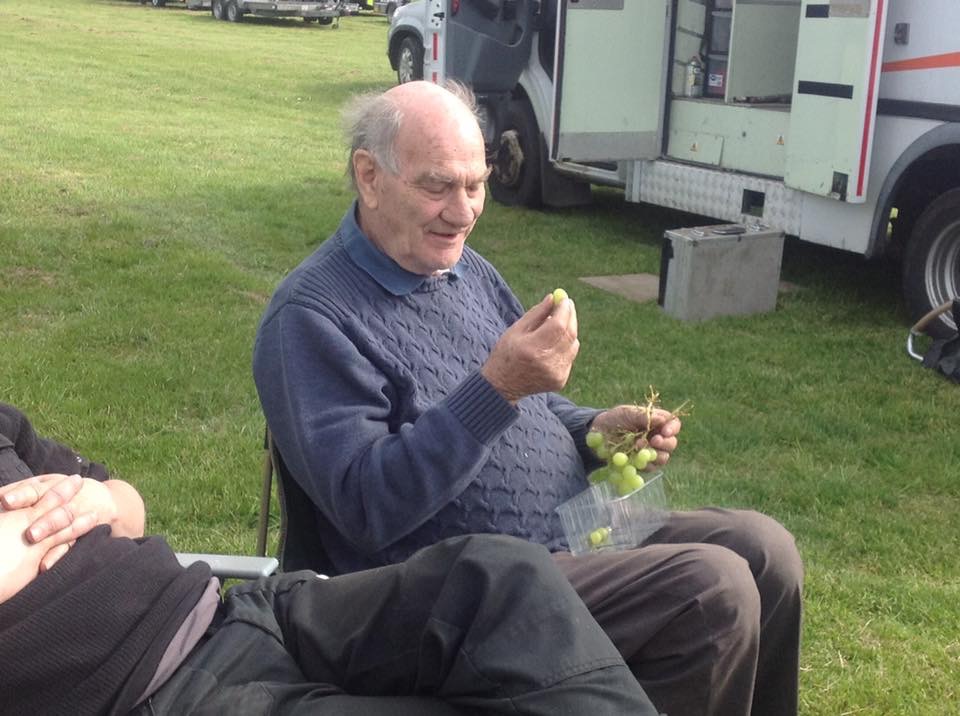 Obituary. Bob Morland. 1937 – 2016.
The South of Scotland Car Club is sad to announce the passing of one of it’s most stalwart and well known members, Bob Morland.
Bob’s presence at any rally was keenly felt, as he was always there with a cheeky remark or a carefully worded piece of advice that you just knew could only have come from someone with many decades of motor sport experience. Bob served on the Club’s Board for a spell and one can imagine there would be some lively debates at committee meetings, especially where Bob had some input.
Rallying was his main focus in life and nothing gave him more pleasure than to get the belts on and navigate his way around an event, starting with Derek Attwood in a Saab and later alongside numerous drivers including Ivor ‘the driver’ Clark, Jim Doig, Richard Stewart and Harold Tweedie, with whom he competed on no less than five Scottish Internationals, always in Daihatsus, and always showing the Army Land Rovers the way. The decision to stick to navigating was taken one night when on the ‘Solway Coast’ (at the time a navigational event) he put a Mk 1 Escort, navigated by Walter McDonald, on its side near Lochmaben cemetery.
And marshals would find out how fiercely competitive he was if they dallied for even one second, when entering his arrival time on the sheet. More than once did he attempt to blag a minute, or more, from poor defenceless marshals, especially those with little experience. It usually worked.
Bob’s greatest rally result was second overall, navigating on the 1988 ‘Tweedies Daihatsu Stages’ for Ricky Wheeler senior, being beaten only by the young Colin McRae, who was busy taking his first ever rally win. Bob also had a flair for building rally cars and created several in his time, one of the more notable being Richard Stewart’s flying Ford Anglia, which was legendary in its time, albeit primitive. Never to be stuck by a lack of proper facilities, Bob’s ingenuity and creative mind decided the engine was to be lowered in, using a block & tackle attached to a branch of a tree in Richard’s garden.
You could have picked any subject you like, and Bob would have a story, often laced with mischief or innuendo. Employing his wicked sense of humour, he’d occasionally produce a Blue Book from 1970 and completely bamboozle rally organisers who were often not quick enough to notice it was decades out of date.
Some will remember further back to Bob’s illustrious career at the Carnation factory in Dumfries where he worked on the technical side, one evening taking fellow club members on a tour to show them the impressive can printing and extrusion process. His brilliant engineering mind continued to be called upon until his death, with many less experienced rallyists calling on his technical genius when they came unstuck.
Bob was pre-deceased by the love of his life, ‘Peg’, who died far too young and it appeared that he found some solace in rallying which even latterly saw him out building, repairing or servicing rally cars on what appeared to be an almost permanent basis.
Bob finally lost his long battle against cancer on November 23rd and we send his children, family and close friends our sincere condolences.
Roland Proudlock.