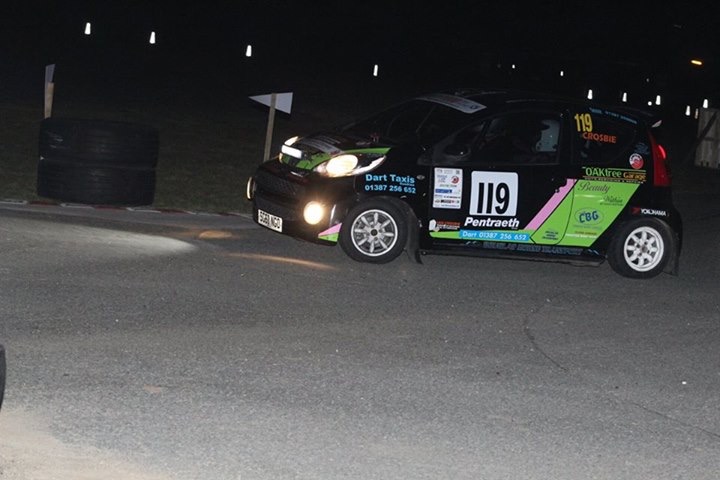 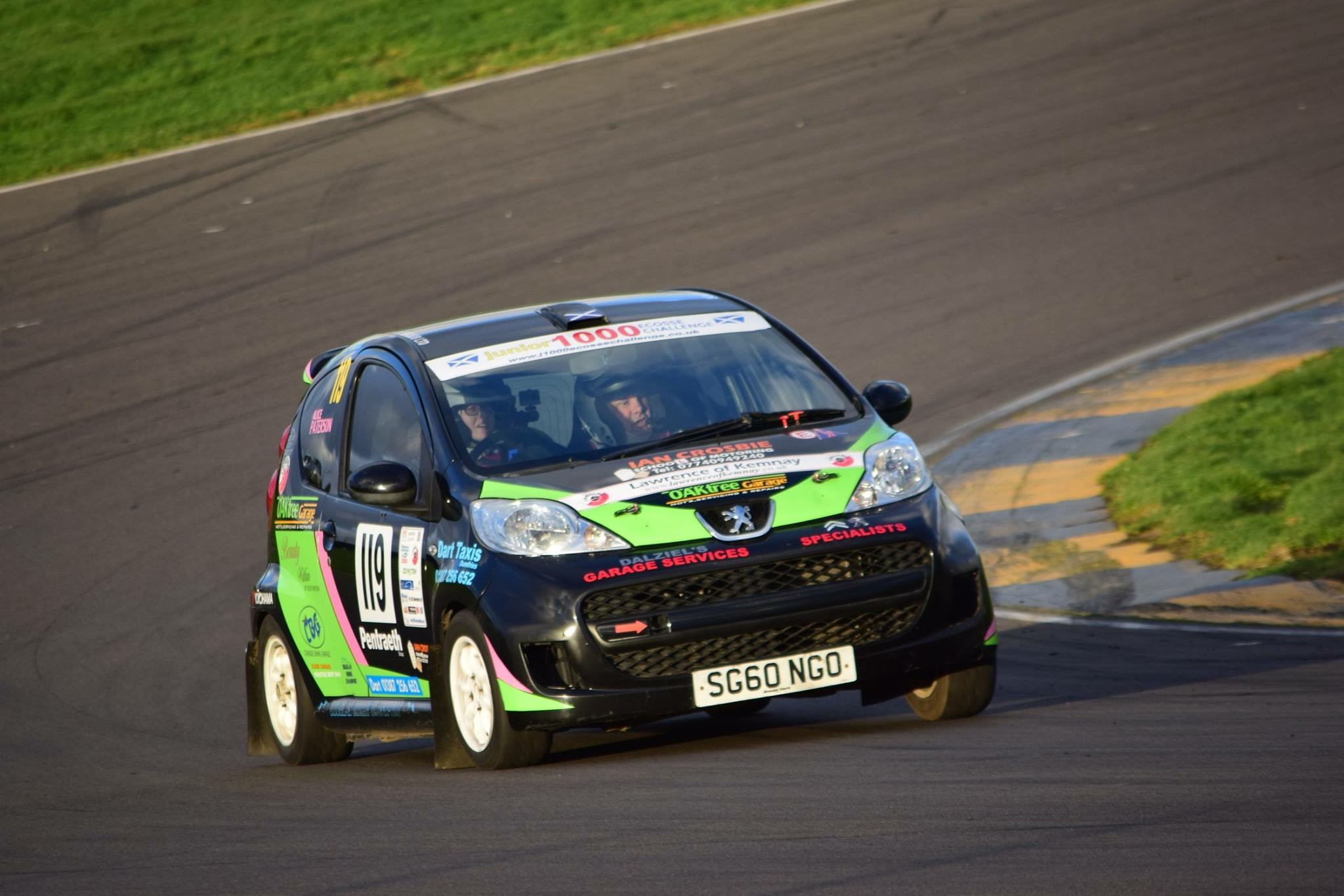 A great weekend for Team Paterson down at Anglesey Race Circuit in Wales, the two day event was something out of the ordinary for Alice Paterson and Ian Crosbie this weekend as it was the only 2 day event on the Ecosse J1000 Championship Calendar for 2017! Arriving at the Circuit on Friday evening for scrutineering and safety checks, the team decided to approach the event nice and steady and slowly build up the pace as this was more of a marathon than a sprint with 16 Special Stages over Saturday and Sunday! The first 4 Special Stages running in daylight followed by 4 stages in darkness for the juniors , this was new to the Paterson / Crosbie crew having never competed in the dark before however with the spotlights bolted on they finished the first day unscathed and ready for a push on Sunday’s Stages.
Day 2 the juniors ran first with the seniors to follow with a further 8 stages , with a big push on in the daylight again on Sunday the pair continued to improve the stage times to finish the event 16th overall and with the bonus of finishing 1st lady with not a scratch on the car & 100% finishing record for 2017 ,the team were delighted and would like to thank their service team Stuart Paterson, Ian Paterson, Owen Paterson, William Paterson and David Crosbie for keeping the wee Peugeot 107 going all weekend .

Huge thanks to the organisers for putting on such a well run event! It was nice to see the organising team congratulating the finishers at the end of the last stage too! It was a nice touch! Makes the long drive worth while.

Alice would also like to thank her sponsors old and new for the continued support throughout the 2017 Season and the team are very much looking forward to the J1000 Ecosse Series again in 2018.